No matter what you’re shopping for, supporting local small businesses help keep our downtown strong and successful. If you’re looking for the best insurance with friendly, hard-working locals, be sure to stop in and say hello to the husband and wife team, Terence McCloskey and Emilie Thiessen, of Synergy Insurance Group. After a visit to Red Wing, they knew it was the place they wanted to raise their children and grow their business. In February 2021 they purchased the beautiful, historic building at 418 West 3rd Street, which feels less like an insurance agency and more like a cozy, welcoming, homey space to hang out downtown. It now serves as SIG’s flagship storefront.

Terence started with Synergy Insurance Group in 2004 as an Insurance Agent and Customer Service Representative. He left in 2006 to attend college, earning a Bachelor of Science degree in Business Entrepreneurship with minors in Criminal Justice and Military Science. After college, he attended the US Army’s flight school, earning his wings as a pilot in the CH-47F “Chinook” helicopter. After graduating from flight school in 2014 – where he earned a commercial helicopter with an instruments pilot certificate – Terence returned to the family business. As of June 2021, Terence was promoted to company President in preparation for his father’s phased retirement. Terence continues to serve as Administrative Operations Officer as well as head Producer for the Red Wing office. When Terence isn’t working on insurance, he enjoys flying airplanes, sailing (he is also certified as a sailing instructor), and spending time with his wife, Emilie, and their three children. As both the Office Manager and Marketing Manager stationed out of the Flagship Red Wing office, Emilie oversees the day-to-day operations of the agency including streamlining policies and procedures, facilitating robust marketing, managing all social media accounts, and ensuring Synergy Insurance Group is the best possible place to work.

Before working with SIG, Emilie obtained her bachelor’s degree in Journalism and French from St. Cloud State University and worked as a journalist for various newspapers around Minnesota. In her spare time, Emilie homeschools her three children, alongside her husband Terence, and runs a successful vintage Etsy shop. Synergy Insurance Group is a family-owned, independent insurance agency that has been providing outstanding service to its clients for more than 15 years. They are licensed in Minnesota, Iowa, Michigan, North Dakota, and Wisconsin and offer both personal and commercial products.

We welcome them as one of our newest Partners. We’re so excited to have them downtown! 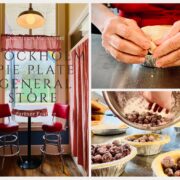 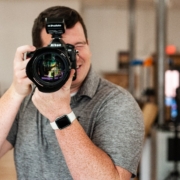 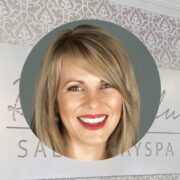 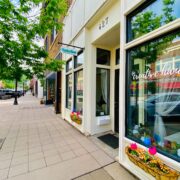 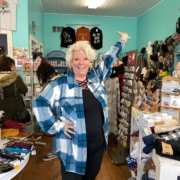