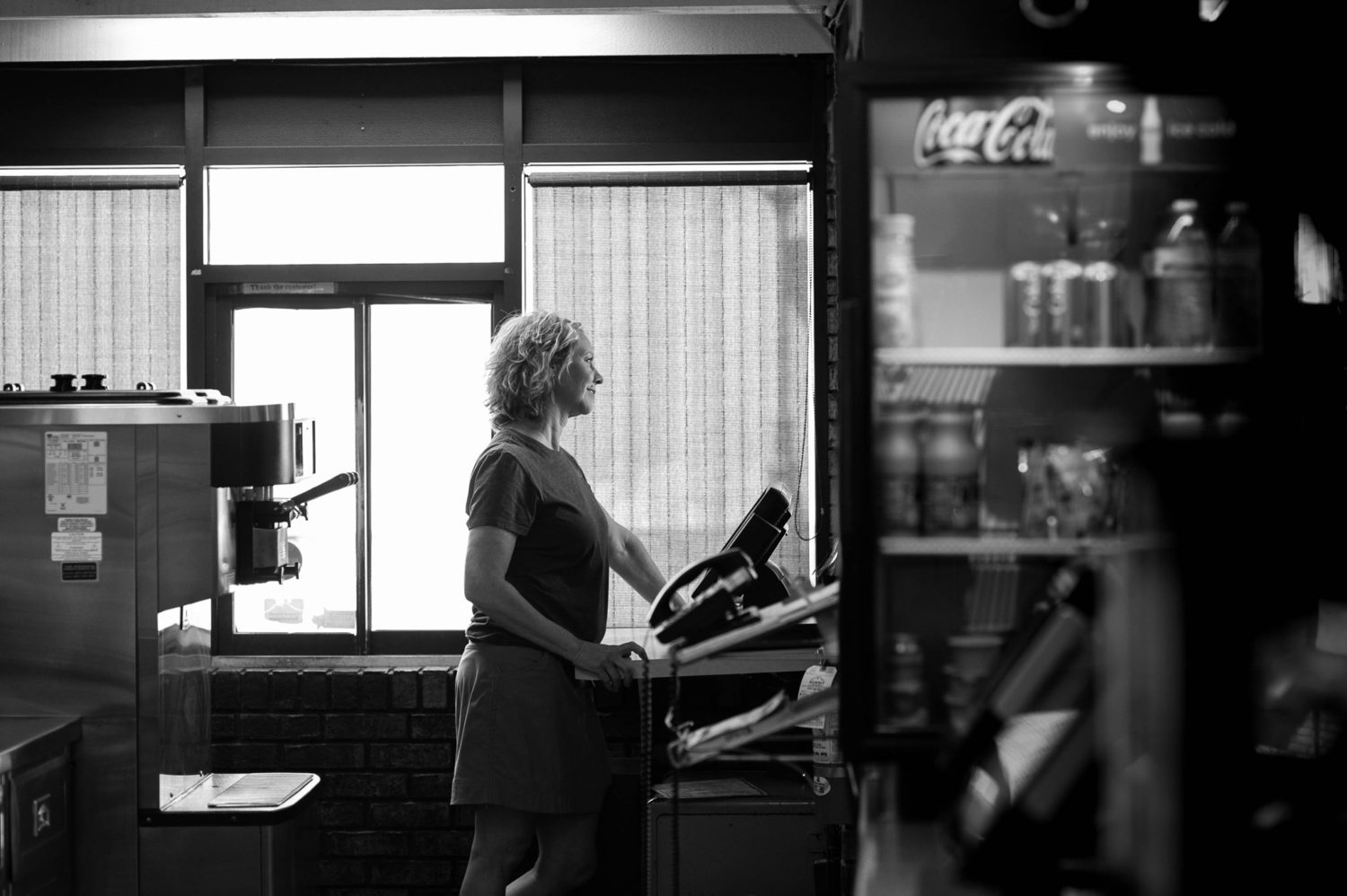 You may recognize Sarah Plum, owner of Randy’s, Red Wing Minesota, from her over-the-top dramatic (and hilarious) commercials that are shown on the big screen prior to your movie at Red Wing Cinema 8. Her energy, sense of humor, and passion for what she does is just as good off-screen as it is on.

She can typically be seen jumping around from register to drive thru to dining room to kitchen all within just a few minutes. Most of the time she is just a blur. Since taking ownership of Randy’s in 2008, she’s been the blurry face of a family tradition.

Randy’s started in 1969 by Ralph Roberts, with locations in SD, WI, and MN. Joe Dube (Sarah’s father) purchased the Randy’s in Red Wing in 1986 and Sarah took over the family business in 2008. Though her 6th-grade self once wrote an assignment about how she would NEVER work in a restaurant, Sarah now realizes that all the challenges of the job are outweighed by the gratitude she has for her staff and customers.

Some of her favorite moments are when teenagers come to Randy’s on Prom day, making her business part of their Prom memories makes her smile. The same can be said for the groups of men and women who get together at Randy’s on a regular basis to chat and compare rain gauge totals and weather predictions.

I met and spoke with Duane who says he comes to Randy’s 6 days a week to drink coffee and read the paper. And although his wife rarely joins him “She knows I won’t speak to her while I’m reading the paper, so she doesn’t even bother to come anymore” he says with a hearty chuckle, he welcomes the friendly banter from longtime employee Jordan Carpenter, insisting he join in on the photo op.

Randy’s has been a Red Wing icon for so long that generations of kids grew up with Randy’s as their afternoon (and during lunch) hang out back when the High School was downtown.

Nearly everyone who grew up here has a Randy’s story and you can bet that those stories were made around a plate of their famous chicken (which is still their most popular menu item). Tastes are changing though as their Quesadilla (made with melty cheddar cheese, ranch, and their famous chicken tenders) are quickly growing in popularity amongst the teen consumers along with their iced coffee.

There are countless options in Red Wing to stop and grab a bite to eat but when you step inside Randy’s and imagine all the stories and memories that were made inside this building since 1969 – somehow it makes the food taste all the more delicious and the employees make the stories worth sharing.

Congratualtions on celebrating 50 years! We are so proud to have you be such an important part of Red Wing’s Downtown!